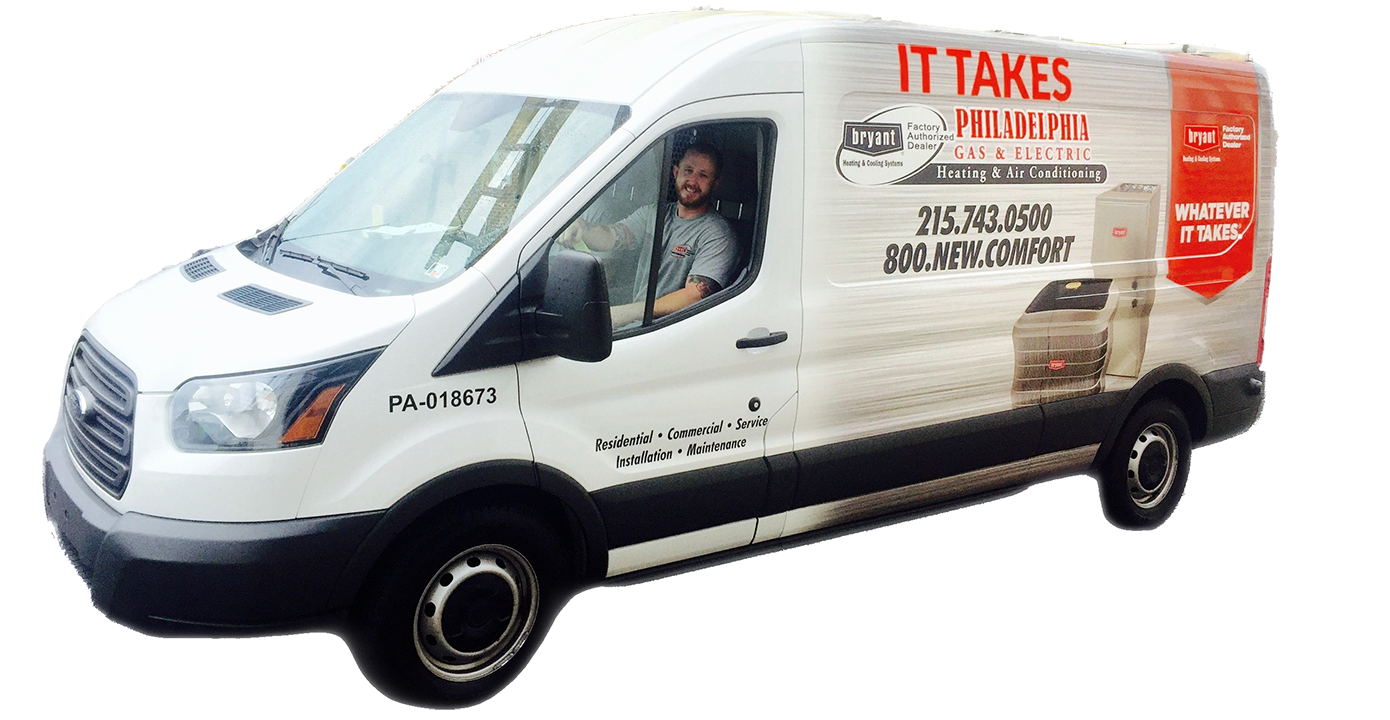 Keith is a pretty handy guy. So when his parents’ air conditioning broke one Saturday, he was the first person they called.

Keith drove to his parents’ house to look at their A/C on Sunday. They live two hours outside of Philadelphia, so it’s a pretty lengthy trip.

When Keith arrived, he felt like he walked into a sauna—his parents’ home was over 90 degrees! To make matters worse, his parents both have health issues that extreme heat only exacerbates. Keith needed to act fast.

Keith figured out that the broken air conditioning system needed two parts (like we said, he’s a handy guy!). The first part was easy enough to track down because of its serial number. But the other broken part was a capacitor that had completely rusted. Keith couldn’t see the serial number, so he was going to have to rely on luck to find the correct replacement.

As a temporary solution, Keith bought a window A/C unit and set up some fans in his parents’ house. He then left and started the journey to find the replacement parts for the broken A/C system.

To Philadelphia… And Back Again

Keith’s parents live in an area where there aren’t too many stores or HVAC companies. So to find the proper replacement parts for their broken air conditioner, Keith took the two-hour trip back to Philadelphia.

Keith found the first part easily. But not having the serial number of the rusted-out capacitor caused him a huge headache. He ran around town, driving from store to store, looking for the correct replacement.

He came up empty-handed every time.

Adding to the problem was that it was nearing 5 PM on a Sunday. Many businesses were about to close for the day. Keith had no choice but to drive back to his parent’s house to check on them and replace the one part he did find.

When Keith arrived, he saw that the window air conditioner and fans offered his parents a bit of relief. But the home was still much too hot for seniors with health issues.

Keith was running out of options. So he went online and searched for heating and A/C contractors that might be able to help him ASAP… after 5 PM… on a Sunday.
He found us. 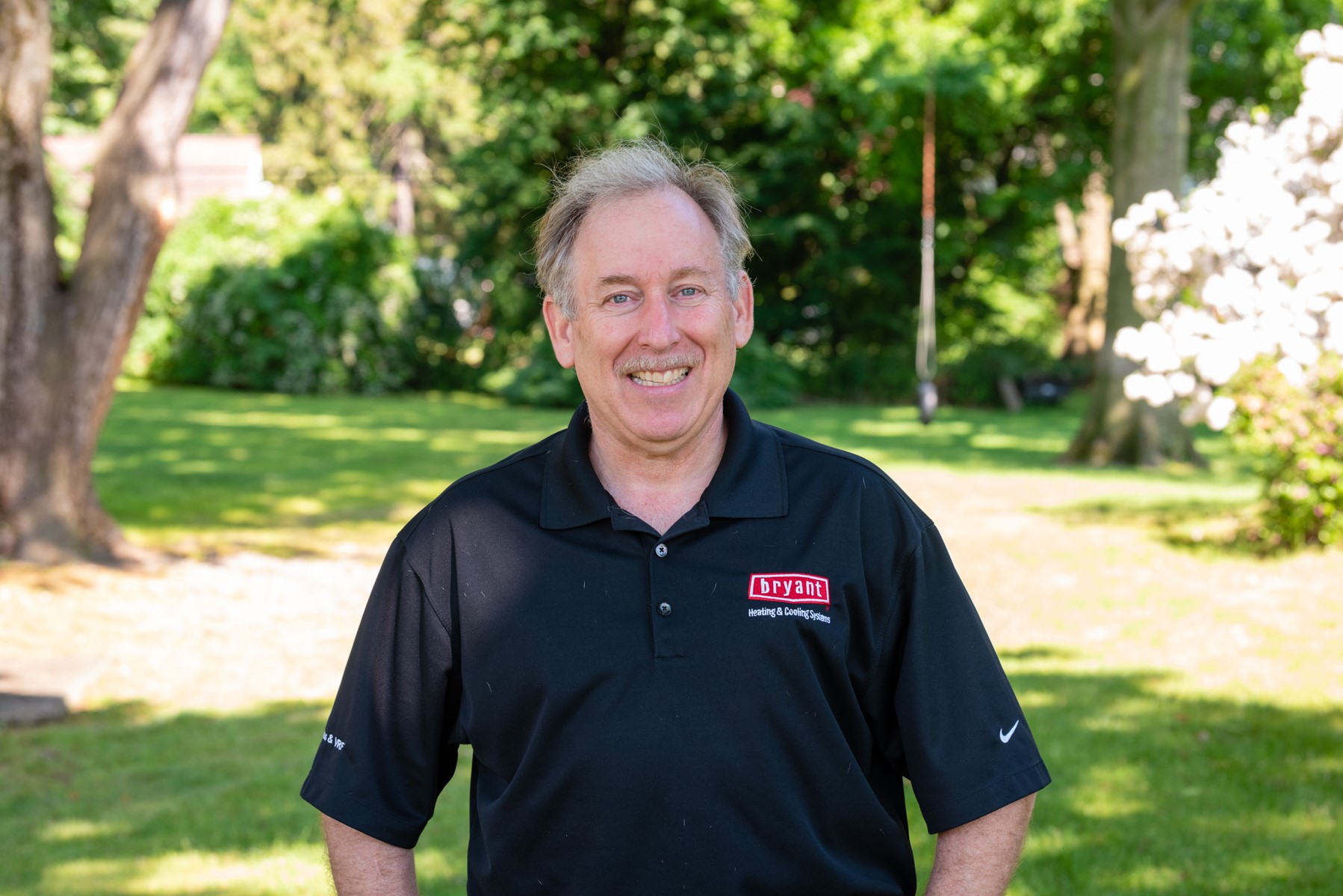 When Keith called, he got our after-hours answering service. But if there is one thing to know about our owner, Mike Toran, it’s that he is ALWAYS willing to help someone in need.

Mike regularly checks company voicemails on weekends. So shortly after Keith left his message, Mike called him back. Keith told Mike the situation and how he couldn’t find a replacement capacitor. Mike then walked Keith through different ways to identify the correct part.

Doing this over the phone made things a little tricky—it took several phone calls. But around 7 PM, Mike was able to identify the capacitor that Keith needed.

And as luck would have it, we had the part in our office!

To make 100% certain it was the right model, Mike called one of our technicians to confirm it. After the tech affirmed it was the proper capacitor, Mike called Keith and told him the good news.

Out Of The Heat

Keith was ecstatic. He asked if he could come and buy the part immediately. Mike knew it was a two-hour drive for Keith, so he told Keith he’d meet him at a gas station halfway.

When they met, Mike gave Keith the new capacitor. Mike also offered advice and pointers for installing it. He told Keith to call him if Keith had any trouble replacing the part, and he would come out and assist further.

Keith drove back to his parents’ house and replaced the capacitor with no problem. His parents were finally out of the heat.

Helping Homeowners Is What We Do—Every Day

At Philadelphia Gas & Electric Heating & Air Conditioning, we LOVE helping people. It’s been that way since we opened in 1955.

When Keith called after-hours on a Sunday, it wasn’t a “bother.” Just the opposite. It was an opportunity to solve someone’s problem and make their life a little less stressful. It doesn’t get more rewarding than that.

If you’d like to know more about our company—and gain more understanding of our passion for helping others—explore the following pages:

And remember: If you need heater or air conditioning service, we’re always a phone call away.

Don’t worry about calling after-hours or on weekends. If we don’t pick up when you reach out, we’ll respond to you as soon as humanly possible. Because helping homeowners like you is what we do.

Have An Issue?
We Can Help

No popular posts were found. Check to ensure the /identity category slug exists.